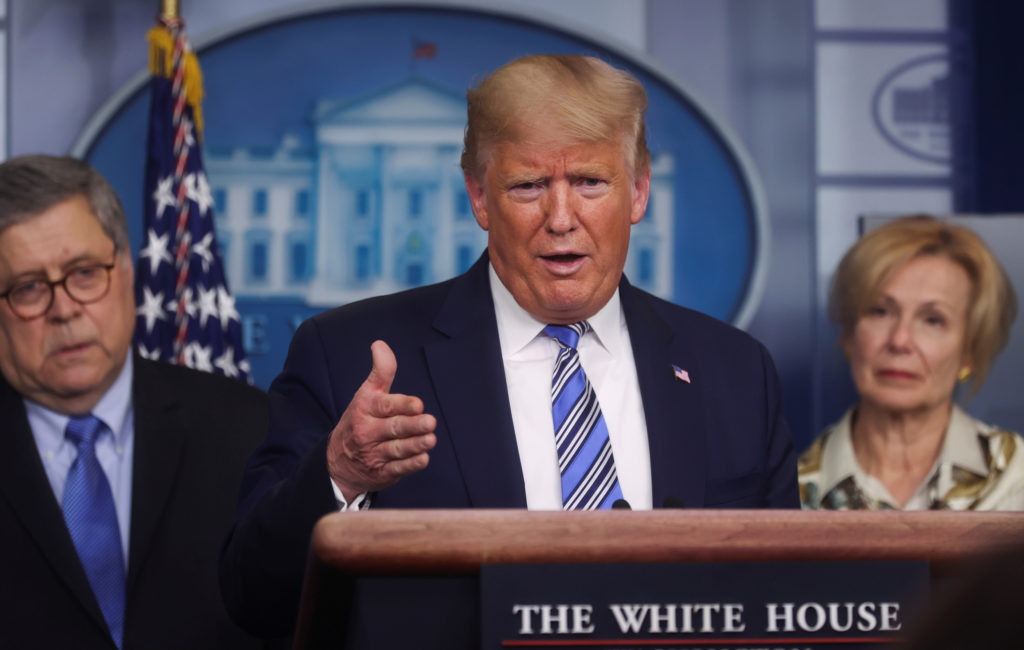 NEIL CAVUTO, FOX NEWS ANCHOR: We’ll keep you posted on that. Also keep you posted on others who are reacting to the president’s goal of at least maybe the start on winding a lot of this extra (ph) time, a little too soon. But we’re going to be debating that. For now, here comes “THE FIVE.”

DANA PERINO, FOX NEWS HOST: Hello, everyone. I’m Dana Perino, along with Jesse Watters, Juan Williams, Greg Gutfeld, and Katie Pavlich. It is 5:00 in New York City, and this is THE FIVE. President Trump telling the country that we have to go back to work. And he is hoping to have the economy back open by Easter, which is just about two and a half weeks from now.

We are also awaiting a White House Coronavirus Task Force briefing. It comes as worldwide cases of COVID-19 top 400,000. More than 50,000 of those cases are here in the United States where over 600 people have died. The World Health Organization is warning that America could become the epicenter of the outbreak.

President Trump saying he is weighing these factors, while trying to find a balance between public safety and protecting the economy and jobs. Watch.

DONALD TRUMP, UNITED STATES PRESIDENT: Our country’s not supposed to be, you know — it’s not built to shut down. Our people are full of vim and vigor and energy. They don’t want to be locked into a house or an apartment or some space. It’s not for our country. We’re not built that way. You can destroy a country this way by closing it down, where it literally goes from being the most prosperous.

And we had the best economy in the history of our country three weeks ago. And then all of a sudden, we’re supposed to shut it down. And then we’re supposed to pay people not to go to work. We never had that. But we can socially distance ourselves and go to work. And you have to work a little bit harder. And you can clean your hands five times more than you used to.

Sen. Tom Cotton: China Stole US Capacity to Make Drugs and We Need to Take it Back